Global cartel fines are significantly behind where they were this time last year, despite a strong performance by enforcers in Asia Pacific.

Fines imposed for the first half of 2016 total just USD1.1 billion as compared to the USD3.17bn in fines imposed last year at the half-year mark. The slumping mid-year statistics are attributable to a slow start to the year by competition authorities in the United States and the European Union. Asia Pacific authorities, and particularly Korea’s Fair Trade Commission, account for more than half of the mid-year fine total. 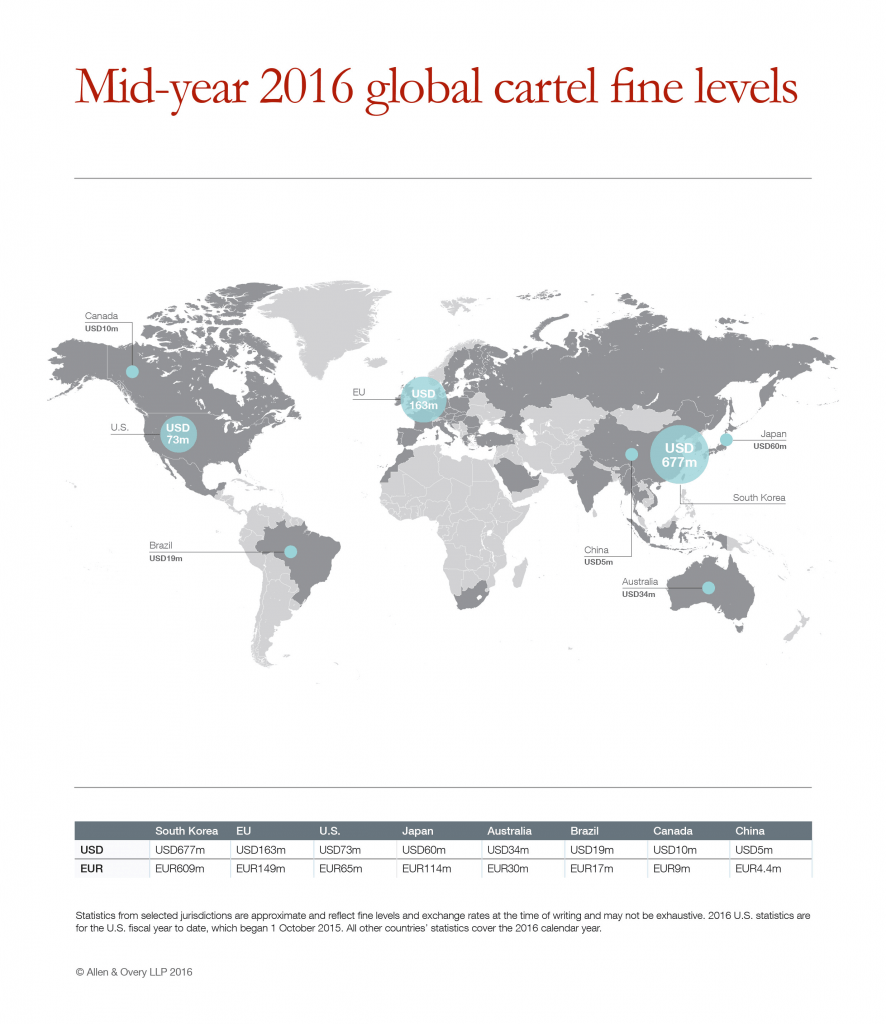