Incentives, mindsets and behaviours: How the FCA defines and assesses culture

The FCA has been stressing the importance of culture for a considerable time. Now, they’re at it again. Jonathan Davidson, the Director of Supervision – retail and authorisations at the FCA, spoke this summer on the topic of 'Getting culture and conduct right – the role of the regulator'. I’ve set out below his main points and some thoughts about what it means for you and me.

What culture means to the FCA

Mr Davidson explained what the FCA meant by culture. 'We define culture," he said, "as the typical, habitual behaviours and mindsets that characterise a particular organisation'. He added: 'The behaviours are […] the way that we act, speak and make decisions without thinking consciously about it … [and] … the mindsets themselves are influenced by the incentives inherent within each firm'.

While this hardly revolutionary stuff, it does give a good indication of how the FCA thinks about culture. People set incentives, incentives influence mindsets and mindsets determine behaviour. You need to keep in mind these three things, therefore, when considering culture from the FCA’s perspective.

Why culture is so important to the FCA 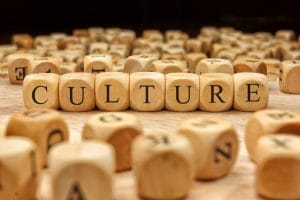 Mr Davidson noted that recent scandals – Libor, FX and PPI, in particular – had shown that some people working in the City had mindsets that did not stop them behaving in a way that was bad for their clients and society. If people's mindsets do not change then there's a risk that they will behave in this way again, which would lead to 'poor outcomes for consumers, poor outcomes for firms and individuals with continuing fines and redress costs, and poor outcomes for markets and the industry with continued erosion of trust and reputation and business to overseas markets'. That's unacceptable to the FCA, as well it should be.

How the FCA measures culture

The FCA assesses culture, Mr Davidson said, by looking at examples of behaviours that it comes across in the supervision process. This is then cross-referenced against what management has been doing with incentives and how it has tried to influence mindsets. By doing this, the FCA is able to ''join the dots’ [and] draw conclusions about the appropriateness of [a firm’s] culture'.

As part of this, the FCA uses four ‘indicators’ to give it a 'sense of how the culture will, with time and consistency evolve'. The three central ones are:

The fourth indicator mentioned by Mr Davidson could be referred to as 'the capabilities of an organisation'. However, beyond a cryptic paragraph about 'reinforcing industry competence', there’s not much on this in the speech. My take on what he was trying to get at is whether an organisation has the necessary capabilities to effect cultural change. However, the capabilities of a firm are typically difficult to assess and I’m not sure how the FCA would do this in practice. If you have views on this, then please feel free to share your thoughts in the comments box below.

How the FCA is influencing good conduct across firms

Mr Davidson pointed to the Senior Managers and Certification Regime as the most significant FCA workstream designed to influence good conduct across firms. If you want to revisit the fundamentals of the regime, click here for our previous post on it.

What it means for you and me

This is the first time that the FCA has clearly set out its 'incentives-mindsets-behaviours' theoretical model of culture. This framework should be your guide when it comes to questions of what people within your firm do and why they do it. When something comes across your desk it might make sense to start asking yourself what links it has to incentives, mindsets or behaviours and whether or not these align with the type of culture that the FCA might expect you to promote.

This speech is also helpful in clearly setting out the ‘indicators’ that the FCA uses to assess culture. Given that the word ‘culture’ features in the FCA’s business plan for 2016/17 a staggering 50 times, it’s good to now have a roadmap from which to navigate.

Finally, it’s difficult to over-state the importance of the Senior Managers and Certification Regime to the FCA. After its decision to drop the banking culture thematic review, the regime is the FCA’s key visible mechanism for ensuring good culture within the industry. It’s likely, therefore, that the FCA will try to come down hard on those who, in its view, get things wrong.