How far do the UK’s money laundering offences reach?

Every so often, an important court judgment manages to get lost in a news cycle and receives little publicity. This is what seems to have happened with a Court of Appeal decision (R v Rogers [2014] EWCA Crim 1680) that has significantly (and somewhat surprisingly) extended the scope of the money laundering regime in the Proceeds of Crime Act 2002 (POCA) to conduct that occurs entirely outside the UK. Lawyers and those working in financial services firms who might encounter money laundering issues should consider this case carefully.

Rogers was a UK citizen resident in Spain who permitted money generated by a fraudulent scheme in the UK to be paid into a Spanish bank account he controlled and allowed the scheme’s principal to withdraw money from that account. He was convicted of converting criminal property. 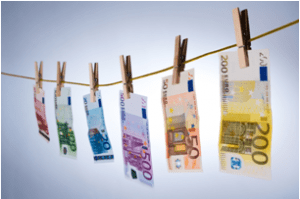 The effect of Rogers is that a non-UK resident can be prosecuted in the UK for money laundering even if their conduct occurred entirely outside the UK. This is subject to the restrictions that a significant part of the underlying criminality must have taken place in the UK and it had harmful consequences in the UK.

This case has considerable consequences for those dealing with funds or assets overseas, who must now bear in mind that they may be caught by UK legislation. It also affects lawyers, accountants, tax advisors and those working in financial institutions when deciding whether they should make a report to their Money Laundering Reporting Officer or the National Crime Agency that they know or suspect money laundering has occurred. This is particularly important as failure to make such a disclosure is a criminal offence and the threshold for suspicion is low (a possibility which is more than fanciful). For example, a disclosure may need to be made where a crime is committed in the UK and the proceeds were received and laundered abroad.

For further information about this case, please click here.