A recent speech by Thomas Atkinson, the new Director of Enforcement for the Securities and Futures Commission (SFC), may herald changes to the SFC’s enforcement priorities. The SFC has also announced that it would be conducting a comprehensive review of its investigation processes in response to independent criticism. What does that mean for the enforcement environment for participants in Hong Kong's financial markets?

In November 2016, Mr Atkinson gave a speech in which he detailed his intention to focus the SFC’s enforcement team on instances of corporate fraud and misconduct, particularly in relation to listed companies. In this context, Mr Atkinson announced that the SFC Enforcement Division had formed specialist teams to focus on the four following areas: 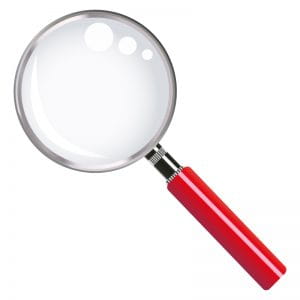 Mr Atkinson took the opportunity to also emphasise that the SFC will focus on holding individual wrongdoers accountable for their misconduct, noting that the SFC has broad powers under the SFO to hold directors and individuals involved in the management of companies responsible for the misconduct committed by the companies they manage. The SFC will “vigorously exercise these powers where appropriate”.

The speech followed the publication of a report by the Process Review Panel (PRP), an independent body that reports annually to the Hong Kong Financial Secretary on the fairness and efficiency of the SFC’s operational procedures.

In its Annual Report 2015-2016 (the Report), the PRP was critical of a number of aspects of the SFC’s investigation process and made a range of recommendations as to how the process could be improved. In its response, the SFC stated that it would commence a comprehensive review of its enforcement priorities and processes, including in relation to case selection and resource allocation. It declined to agree to provide periodic updates on the status of its investigations.

The speech by Mr Atkinson looks like it will foreshadow a greater focus in coming years on corporate fraud and misfeasance concerning listed companies and individual accountability. This may contrast the ‘broken windows’ approach which some have used to characterise the SFC's enforcement agenda in the past. Whether or not this will mean fewer investigations over the next few years is open to debate, but whatever investigations the SFC may commence, it will need to pursue them vigorously and with speed given the PRP’s findings.