On 24 March 2016, the Hong Kong Securities and Futures Commission (SFC) announced that it had taken disciplinary action against Mr Yuen Siu Lun by banning him from the securities industry for seven years. The disciplinary action is notable as a rare example of the SFC looking at a person’s conduct outside of a regulated activity when considering fitness and properness to remain a regulated person. 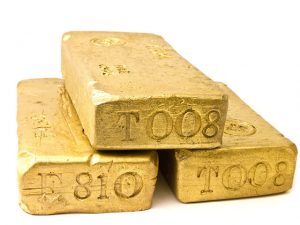 A quick recap of the facts

Mr Yuen was licensed to carry on Type 1 (dealing in securities), Type 2 (dealing in futures contract), Type 3 (leveraged foreign exchange trading), and Type 9 (asset management) regulated activities for a number of entities within the Bright Smart Group. In addition, Mr Yuen was the head of gold bullion operations at Bright Smart Global Bullion Limited (BSG Bullion). BSG Bullion was not licenced by the SFC and the SFC does not regulate gold bullion business.

The SFC found that Mr Yuen abused his access rights to BSG Bullion’s trading system in order to vary details of orders for approximately 300 bullion contracts placed in the accounts of seven clients of BSG Bullion. In particular, between 29 April 2014 and 8 October 2014 Mr Yuen made amendments to enable clients to profit at the expense of BSG Bullion, with Mr Yuen receiving a rebate from the clients for each transaction. BSG Bullion lost approximately HK$1.26 million (~£115K) as a result of the amendments and Mr Yuen personally gained HK$180K (~£16K) in rebates.

A question of fitness and propriety

Under the Hong Kong Securities and Futures Ordinance, the SFC may take disciplinary action against a licensed person where the SFC is of the opinion that he or she is not a fit and proper person. This is similar to the system that is operated in the UK by the Financial Conduct Authority (FCA) and Prudential Regulation Authority (PRA) under the approved persons regime, and also continues to operate under the new FCA and PRA Certification Regime (albeit the responsibility for assessing fitness and propriety rests with the firm, not the regulators).

The SFC may have regard to a number of factors in determining whether a person is fit and proper. These factors include the person’s ability to carry on the relevant regulated activity competently, honestly, and fairly; and his or her reputation, character, reliability, and financial integrity. Importantly, that determination can include consideration of a person’s conduct outside the scope of the activities the SFC regulates. This is similar to the standard of fitness and propriety that has to be applied by the regulators – and now firms themselves – in the UK.

For Mr Yuen, the SFC took into account the fact that his conduct was deliberate and dishonest, that he had breached the trust of his former employer but that he also had an otherwise unblemished disciplinary record.

Regulated activities, work life, personal life – where is the line drawn in determining fitness and propriety? Mr Yuen’s penalty serves as a reminder that the SFC can and does consider conduct outside of the scope of the activities it regulates when determining whether a person is fit and proper.

A similar position applies in the UK; the FCA will also consider conduct outside the scope of the activities it regulates to assess an individual’s fitness and propriety. This includes conduct that takes place in an individual’s private life. Instances where the FCA has taken this approach in the past include where an individual was found to have been avoiding paying train fares for several years, and where an individual’s performance as a witness was heavily criticised by the UK High Court and Court of Appeal in the context of an employment law dispute. In both of these cases, the individuals concerned were found to be lacking fitness and propriety on grounds of integrity, and banned from holding licenced functions in the UK in the future.

With thanks to Will Yip, an associate in Allen & Overy’s Hong Kong office, who kindly assisted with the preparation of this blog post.