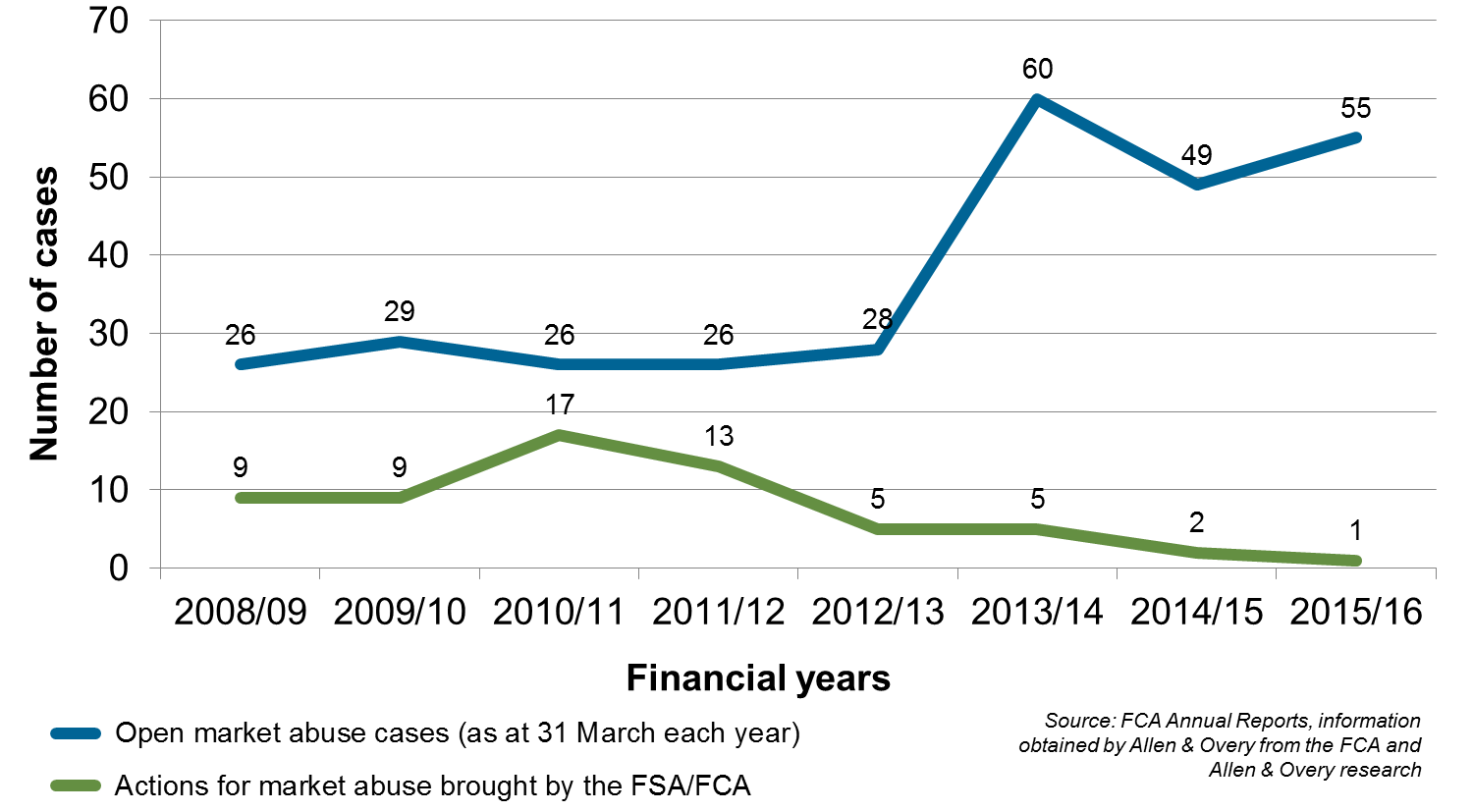 Since the end of the 2015/16 financial year, the FCA has concluded two market abuse cases (see here and here). Both cases involved individuals who were found to have committed insider trading contrary to section 118(2) of the Financial Services and Markets Act 2000. As a result, almost half-way through the current financial year, the FCA is already beating its number of market abuse cases concluded in 2015/16, and equalling the number it managed to conclude in 2014/15.

Other areas of focus: Systems and controls

However, substantive market abuse cases are not the FCA’s only area of focus. The FCA has also turned its focus to look at firms’ systems and controls for detecting and mitigating the risk of market abuse, as the FCA’s action earlier this year against WH Ireland demonstrated. Following that case, the FCA left firms with the stern warning that: ‘If we continue to find firms that fail to identify or mitigate risks associated with market abuse, or fail to report to the FCA instances where market abuse has occurred, then we will take stringent action against those firms’. 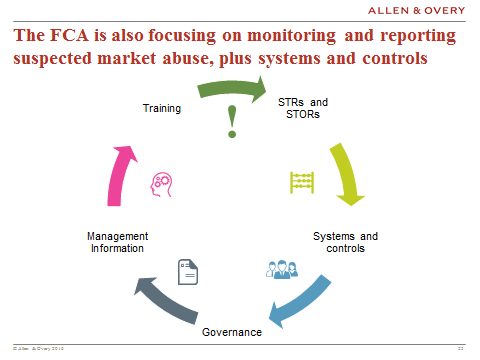 The Market Abuse Regulation (which came into force on 3 July 2016) brought with it a range of new and more prescriptive systems and controls requirements that firms are required to adhere to. The FCA has indicated that it will allow firms to enjoy some degree of ‘grace period’ post-3 July 2016 in order to comply with these requirements. However, the FCA has made it clear that firms should have – and be ready to evidence to the FCA if required – robust and realistic implementation plans that will ensure their compliance with the Market Abuse Regulation as soon as possible.

Leaving civil cases to one side, the FCA has enjoyed considerably more success over the past few years when it comes to prosecuting criminal insider trading under the Criminal Justice Act 1993.

In particular, earlier this year the FCA concluded its longest-running (and most costly) insider trading investigation, known as ‘Operation Tabernula’. This resulted in the conviction of two of the five defendants and the imposition of the longest custodial sentence imposed in the UK for insider trading, 4.5 years.
At the end of press releases relating to new insider trading charges and/or verdicts, the FCA tends to be keen to list the forthcoming insider trading trials it has scheduled. With the exception of the FCA’s announcement at the end of the other week that an individual has been charged with insider trading that is alleged to have taken place in late 2011, it looks like the FCA has exhausted its current pipeline of insider trading cases (or at least those that it has publicised). As a result, it is likely that the FCA will be on the look-out for more potential criminal insider trading prosecutions.