Yesterday afternoon the UK Financial Conduct Authority (the FCA) published its Annual Report. Alongside the Annual Report, the FCA also published its usual Enforcement Annual Performance Report (the Report), which sets out an overview of the FCA’s enforcement activities during 2017/18. Set out below are some of the key points highlighted by the Report.

Since the end of the FCA’s 2017/18 period, the FCA has confirmed to us via a Freedom of Information Act request that the total number of open FCA enforcement investigations has increased further, to 527 as at 11 June 2018.

The Report contains a breakdown of the 504 enforcement investigations that the FCA currently has open, showing the areas that they concern. The graph below shows this breakdown, compared with the same breakdown published by the FCA for the previous two years. 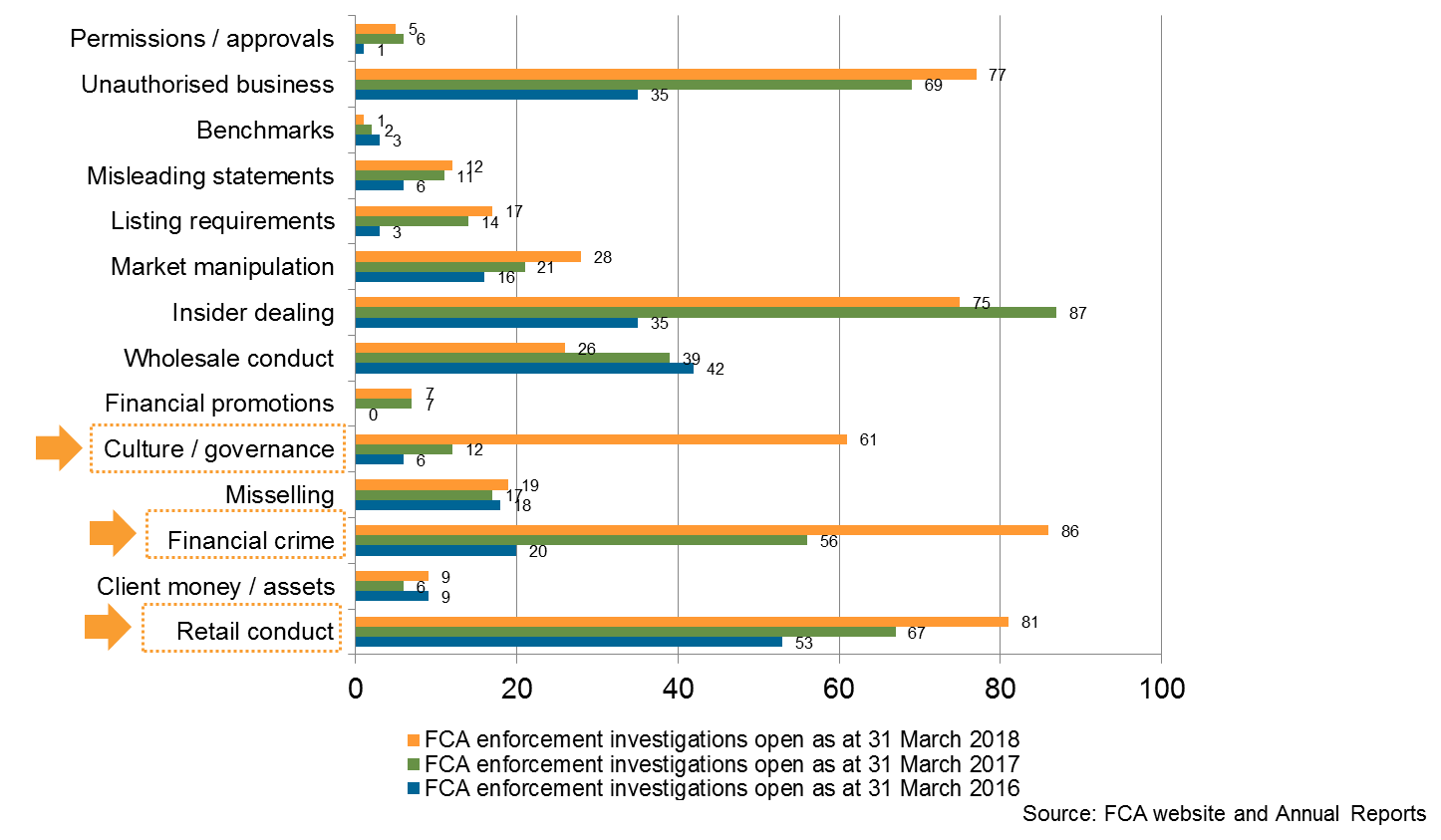 The FCA has seen a particularly significant increase in the number of enforcement investigations it has open in two areas, namely financial crime (86, up from 56 as at the end of March 2017) and culture and governance (61, up from only 12 as at the end of March 2017). The FCA’s current enforcement focus on these two areas is perhaps unsurprising given that these were the first two cross-sector priorities listed by the FCA in its most recent Business Plan.