On November 29, 2017, the U.S. Deputy Attorney General, Rod Rosenstein, announced the Department of Justice’s new FCPA Corporate Enforcement Policy. The Policy is similar to the FCPA Pilot Program announced last year (discussed here), but goes further in the potential rewards it offers companies that self-disclose FCPA-related misconduct. Rosenstein said he hoped the Policy would incentivize more companies to self-disclose, and that it would facilitate the prosecution of culpable individuals. 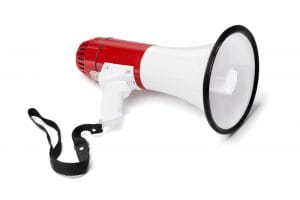 In his speech announcing the Policy, Rosenstein cited the Department’s findings that the Pilot Program had achieved its intended effects: an increase in the instances of voluntary disclosure and measurable benefits in the resolution of matters that are self-disclosed. Rosenstein stated that in the 18-month duration of the Pilot Program, 30 voluntary disclosures were received, an increase from the 18 received in the prior 18-month period.

As there has been much speculation about a perceived downturn in FCPA enforcement in 2017, Rosenstein also reaffirmed the Department’s dedication to enforcing the FCPA, stating: “The FCPA is the law of the land. We will enforce it against both foreign and domestic companies that avail themselves of the privileges of the American marketplace.”

The Policy’s headline change is introducing a presumption of declination for companies that voluntarily self-disclose, fully cooperate with the Department’s investigation, timely and appropriately remediate, and disgorge their ill-gotten profits. Under the Pilot Program, such companies were only “considered” for a declination. And in practice, many declinations were given when arguably no viable criminal charges existed. The Policy – perhaps in a veiled critique of past practice – specifically states that declinations are cases that “would have been prosecuted or criminally resolved except for the company’s voluntary disclosure, full cooperation, remediation, and payment of disgorgement…” and “if a case would have been declined in the absence of such circumstances, it is not a declination pursuant to this Policy”.

The presumption in favor of declination will be overcome if there are “aggravating circumstances” or the company is a criminal recidivist. Examples of aggravating circumstances – according to the Policy – include the pervasiveness of the misconduct at the company, the involvement of executive management, and whether the company received significant profits from the violations. Recidivism is not expressly limited to FCPA-related conduct, nor does it include civil conduct. If the presumption is overcome, DOJ will recommend a 50% reduction off of the low end of the U.S. Sentencing Guidelines fine range, so long as the company disclosed, cooperated, and remediated – all as defined by DOJ, as long as the company is not a criminal recidivist. A company monitor will also ordinarily not be required. Again, this goes further than the Pilot Program, which only provided that DOJ would “consider” up to a 50% fine reduction for such companies.

Companies that do not self-disclose are treated the same as before – up to a 25% penalty reduction if they fully cooperate and remediate – and DOJ’s definitions of “voluntary self-disclosure”, “full cooperation” and “timely and appropriately remediation” are largely unchanged.

Lastly, the Policy specifies some of the “hallmarks” of an effective compliance and ethics program against which the company’s remediation efforts will be evaluated. These hallmarks include the company’s culture of compliance, resources dedicated to compliance, the expertise, authority, independence, and compensation of the compliance function, the effectiveness of the company’s risk assessment and how the compliance program has been tailored based on that assessment, and auditing of the program to ensure its effectiveness. This is a much more high-level description of how the Department evaluates corporate compliance programs than the DOJ Fraud Section’s detailed February 2017 guidance (discussed here).

The success of this policy will depend largely on whether companies see apparent reductions in the potential penalties and resolutions as a result of disclosure. Rosenstein explained that of the last 17 FCPA-related corporate cases, two were voluntary disclosures under the Pilot Program and were resolved through a non-prosecution agreement without the imposition of a monitor. Seven other matters that were voluntary disclosed under the Pilot Program resulted in declinations with disgorgement. For the fifteen corporations that did not self-disclose, they were unable to obtain non-prosecution agreements and ten of them are subject to a monitorship.

If these trends continue, it is likely to give companies more comfort in decisions to self-disclose. But caveats remain. Ultimately the Department maintains its discretion to determine – with the benefit of hindsight – whether a company has been robust and timely in its voluntary disclosure, cooperation, and remediation; whereas a company must decide whether to self-disclose often before all of the facts are uncovered – including the existence of any “aggravating factors”. The costs of full disclosure, cooperation, and remediation may also be hard to predict when an issue is first discovered and its pervasiveness is unknown. Further, disclosure to DOJ may open the door to disclosure to the SEC and foreign regulators where the purported benefits of voluntary disclosure may be even less certain.

In sum, corporations should continue efforts to prevent and detect FCPA violations and carefully consider their strategy upon identifying a potential violation.

This blog post was written with assistance from Claire Rajan, an associate in our Washington DC office.