Diving into the depths of dark pool pricing

Following on from the FCA's Thematic Review on Dark Pools, the FCA published in September an Occasional Paper on "Asymmetries in Dark Pool Reference Prices", concluding that the net amount of arbitrage from reference price latency (ie where the pricing offered in a dark pool is stale) is relatively small (economically speaking), but when it occurs, high frequency traders generally benefit from it at the expense of other market participants.

What is an "Occasional Paper" anyway?

The purpose of an 'Occasional Paper', as described by the FCA, is to provide "rigorous research results and stimulating debate" on specific issues relevant to the FCA's work. The paper does not necessarily represent the FCA's position, but forms a source of evidence the FCA may use in discharging its functions and to inform its views. This particular paper was authored by a mixture of FCA economists and Australian academics. 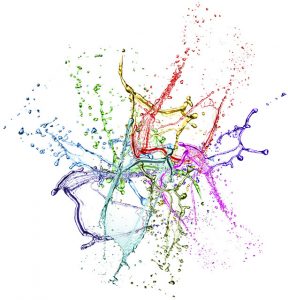 By way of refresher, 'dark pool' is a term used for a trading venue with no pre-trade transparency, such that all orders are anonymous and hidden as to price and volume. In comparison, in a 'lit' venue, market participants can observe the orders submitted by other participants.

For participants, the advantage of using a dark pool is twofold: (1) it keeps your trading intention secret from the wider market, and (2) you have the prospect of getting a better price for your trade than is possible on the lit market, because many dark pools match trades at the midpoint, saving half the spread.

Following the publication of Michael Lewis's Flash Boys in 2014, regulators turned their attention to dark pools, analysing their impact on overall market efficiency, as well as their 'fairness' to different categories of participants.

The Occasional Paper addresses both topics: analysing market efficiency in the form of "reference price reliability" (whether dark pools deliver reliable execution prices in comparison to lit markets) as well as the distribution of any unreliable price effects (i.e. who benefits from different execution prices).

Stale Pricing – why does it matter?

Given the lack of pre-trade transparency, most dark pool trades must reference prices from lit venues to determine execution prices – in practice, via a data feed from the primary market. The authors were looking for instances where dark pool midpoint trades referenced 'stale' prices: an out-of-date price superceded on the lit primary market.

There are two potential sources of delay in reference pricing:

Latency gives rise to arbitrage opportunities: if some participants can observe a new reference price before the dark pool can, they can race ahead using their own feed and pick off 'stale' orders in the dark pool.

In 2014, for matching trades in its dark pools at inferior prices due to latency, one US bank paid USD 800,000 to FINRA, and USD1.67 million in compensation to clients. The SEC issued fines in early 2016 for various violations in management of dark pools, including against a bank alleged to have claimed that it was pricing its dark pool trades from direct exchange feeds, whilst in reality using slower feeds.

Reference prices were found to sometimes be stale in every single dark pool examined in the study – but only for 3.54% of all mid-point trades. While the proportion of stale trades increased from 2014 to 2015, the authors concluded this could be explained by increases in message volumes and volatility.

90% of all stale reference prices were 6 milliseconds or less in duration – which was long enough for an algorithm to observe and act on, but not for a human trader.

However, importantly, the economic impact of the stale reference pricing was only GBP4.2m per year across all dark venues – a figure that pales in comparison to the average daily order book equity value of the London Stock Exchange (some GBP4.9 billion). 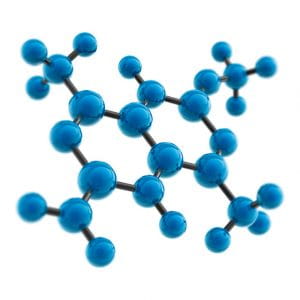 Who benefits from stale pricing?

Logically, where trades are executed at stale prices, there will be a winner and a loser – as compared to the true reference price for the trade. If latency affected all market participants equally, then one would expect an equal distribution of lucky winners across all participant classes.

That is not what the authors found: rather, in 96% of cases, high frequency traders were the beneficiaries of stale pricing. This implies they were able to identify latency-affected prices and act on them to their advantage, possibly by using a different or faster feeds from the market than the dark pool does.

As well as 'stale' reference pricing, the authors observed that there were periods where the primary reference market (the LSE) did not have the best price, compared to competing lit markets – referred to as "dislocations". During these dislocated periods, dark pools referencing LSE pricing would also execute trades at worse prices than available in non-LSE lit markets. The study identified that venue operators, high frequency traders and co-located participants avoided executing at these times "far more" than any other category participants – again suggesting an innate advantage compared to less sophisticated users.

What is the overall conclusion?

The authors realistically accept that some degree of latency in reference pricing is unavoidable. However, this was found not to affect the vast majority of dark pool trades – dark pools therefore do offer potential price improvement, and significant concerns were not raised about market efficiency.

Yet, some groups of market participants were adversely and disproportionately affected by latency. The results may also fail to demonstrate the true extent of this bias: the study was based only on UK stocks in UK trading venues. Latency arbitrage for stocks traded in UK-based dark venues referencing European lit venues could be considerably higher.

From an operator's perspective, potential inequality may be addressed with the introduction of built-in checks – there have been attempts to minimise latency with in-bound speed bumps, or look-back periods. In addition, many prudent dark pool operators now disclose information on their management of latency.

On the other hand, this may just be regarded the 'price of doing business'. The authors note that the relatively small economic cost of the (unavoidable) latency found in the market may signal that it is not simply economically worthwhile for less sophisticated participants to make the investment necessary to overcome the problem of latency. Despite the Occasional Paper, the FCA's independent attitude towards this topic is as yet unknown – but keep your eyes on this space.