Culture in the financial services industry: A final warning

‘There is, let me be clear, no magic bullet to change culture’. So said Andrew Bailey in a recent speech – his last one before leaving the UK Prudential Regulation Authority (PRA) to take up the CEO role at the UK Financial Conduct Authority (FCA). It is unlikely to be a coincidence that Mr Bailey chose culture as the topic of his speech, given the emphasis the FCA has put on the importance of ‘good culture’ over the past few years.

Below we summarise the key points Mr Bailey made in his speech. These points are likely to feature prominently in the FCA’s views on, and approach to, culture once Mr Bailey takes up his new role as CEO of the FCA in July 2016.

The importance of culture

Mr Bailey was not shy about coming forward about the importance of culture: 'The culture of firms and the people that make them up', he said, 'is of the utmost importance to financial regulators'.

He outlined the things that regulators can and have been doing to influence culture in the marketplace: ensuring that firms have robust governance, insisting that remuneration structures mean that people have ‘skin in the game’ and requiring that risk and audit functions within firms operate effectively.

The impact of a regime change

But, Mr Bailey explained, the approved persons regime had limited the extent to which first the UK Financial Services Authority and then the FCA had been able to have an impact on culture within regulated firms. This was because it had focused on a narrow ‘notion of culpability’, which limited the regulator’s ability to go after senior management when things went wrong at an organisational level.

However, things are changing - in Mr Bailey’s view, for the better. The Senior Managers and Certification Regime, he said, 'is a big step forward' in enhancing culture in the financial services industry. This is because ‘it embeds the notion of personal responsibility for the affairs of the firm at the level of senior management’. Now, Senior Managers will have ‘a responsibility for forming and implementing a positive culture throughout the organisation’ (a Prescribed Responsibility which must be allocated to at least one Senior Manager in a UK firm). The FCA can take enforcement action against a Senior Manager if it establishes that they have failed to discharge that obligation effectively. 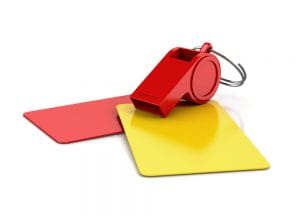 Of course, Mr Bailey’s views on the importance of culture in the financial services industry are largely in keeping with what we have been hearing from people high-up in the FCA for quite some time now. For instance, in November of last year, Mark Steward, the Director of Enforcement and Market Oversight at the FCA, gave a high-profile speech about what Senior Managers could do to ensure that they set the ‘right tone from the top’ at their firms.

Then, in January of this year, we had the drama of Tracey McDermott, the FCA’s acting CEO, and John Griffith-Jones, its Chairman, being hauled in front of a select committee to answer questions about why a thematic review of the impact that cultural change programmes were having on behaviour within banks had been dropped despite cultural concerns being high on the FCA’s priority list. The issue of culture was also addressed in the FCA’s most recent Business Plan.

It is difficult, therefore, not to see Mr Bailey’s speech as a final warning to firms on the subject of culture. ‘There has not been a case of a major prudential or conduct failing in a firm which did not have among its root causes a failure of culture as manifested in governance, remuneration, risk management or tone from the top’, he said. And the Senior Managers and Certification Regime will provide a new impetus for the FCA to take action on the issue.

This is hardly a coded message: Firms and their Senior Managers had better take note.