The new Chairman of the Australian Securities and Investments Commission (ASIC), James Shipton, has welcomed the work of the Royal Commission into Misconduct in the Banking, Superannuation and Financial Services Industry (Financial Services Royal Commission) and noted that many of the matters that have been raised have already been, or continue to be, the subject of ASIC investigation and enforcement action.

In a recent speech, Mr Shipton gave examples of its “Wealth Management Project” and its reports into conflicted remuneration (2017) and fee-for-no-service (2016), topics which have been the subject of the Commission’s recent hearings. Another example of ASIC’s work that is the subject of the third round of hearings of the Financial Services Royal Commission is unfair contract terms and small business loans.

He also said that ASIC has been an active enforcer, referring to the number of people that have been, since 2011, banned from providing financial services or credit, or from being directors, or convicted of criminal offences. He also mentioned that ASIC had recovered more $1.7 billion in compensation for consumers (a particular focus of ASIC in recent years).  ASIC’s enforcement record is likely to improve with the Government recently agreeing to bring legislation to Parliament to provide ASIC with (among other things) new ‘directions’, ‘disgorgement’ and ‘product intervention’ powers, as well as higher financial penalties.

Speaking of financial markets generally, Mr Shipton said that the Australian regulatory structure was not designed as a ‘police state’ and emphasised that financial services providers are the first line of defence. In failing their first line compliance duty, he observed, they jeopardise the entire regulatory structure, undermine its integrity and, ultimately, lose the trust of their customers and the Australian public. 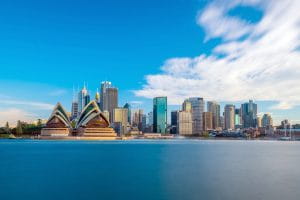 He went on to say that trust in the financial services industry “can only be restored if [financial services companies] work root and branch to change their ways… to rebuild their culture from deep within”. Mr Shipton said that “employing firms, and the sector more broadly, need to have as their gold standard, professionalism – that is, to ensure the competence and conscientiousness of their employees”. He encouraged the investor community to work with him in “holding industry to account for malpractice, malfeasance or unacceptable harm to consumers”.

Mr Shipton acknowledged ASIC’s own responsibilities and said that “core to [ASIC’s] mission” is to intervene when firms fail in their first line regulatory responsibilities.

He also said that ASIC would be adopting a new supervisory focus on large financial institutions, which will involve more intensive supervision and co-operation with the Australian Prudential Regulation Authority (APRA).  This will likely include co-ordination in relation to the incoming Banking Executive Accountability Regime (BEAR), which is to be enforced by APRA.

It is apparent that there has been a shift in the approach of financial service providers towards compliance and the financial services industry is taking action as well. By way of example, the Australian Banking Association is preparing an updated Code of Banking Practice.  The Code of Banking Practice is listed as one of the subjects of the Financial Services Royal Commission’s third round of hearings.

This blog post was authored by Edward Einfeld, a lawyer in Allen & Overy’s Asia Pacific Litigation group, with the assistance of Ashley Varney, Graduate-at-Law.