Are FCA settlement agreements really final? It appears so

When the ink is dry on an FCA settlement agreement, those involved typically breathe a sigh of relief that the FCA’s investigation is over. However, in a recent case the Upper Tribunal considered whether an FSA settlement agreement could be overturned on the basis that the enforcement action taken against an individual was unfair and disproportionate in comparison to less severe enforcement action that was subsequently taken against other parties in connection with the same matter.

Even though the application to challenge the FSA settlement agreement was made out of time, the Upper 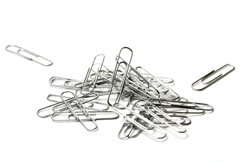 Tribunal indicated that the individual involved would not have been able to overturn the settlement agreement he had entered into with the FSA on the basis that there is, in matters concerning FSA/FCA references to the Upper Tribunal, ‘an interest in the finality of litigation, just as there is on an appeal from a judicial decision’. As a result, subjects of enforcement investigations should sign FCA settlement agreements in the knowledge that it may be difficult for them to challenge their enforceability at a later date.

The Upper Tribunal displayed little sympathy for the individual’s claim in this case that he had been treated more harshly by the FSA than another individual and a firm in connection with the same matter who had enforcement action taken against them at a later date. At first glance, an individual being handed harsher findings and sanctions than those other parties subsequently received may appear unfair. However, is this not the risk you run when settling an FCA enforcement investigation at an earlier stage? Arguably it is. But this is a risk that is becoming harder to quantify and manage. For example, the FCA is increasingly tending to take enforcement action against firms, before turning to consider whether to investigate and take enforcement action against any connected individuals. This leaves firms in the somewhat uncomfortable position of settling FCA enforcement investigations without having any sense of what findings may eventually be made in respect of other parties in connection with the same matter.

A more detailed analysis of the Upper Tribunal’s judgment in this case is available here.