One of the unique aspects of EU discrimination law is that its protection extends to job applicants even before they have set foot in the workplace. Not all job applicants know this, or indeed that they have the right to see their recruitment notes under data protection law. And then there are some applicants who know this all too well, and either set out to exploit the system for personal gain or become serial litigants by persistently bringing unmeritorious claims. Journalists too have been known to game the system to highlight discrimination by submitting identical CVs with just a name/gender/age change. 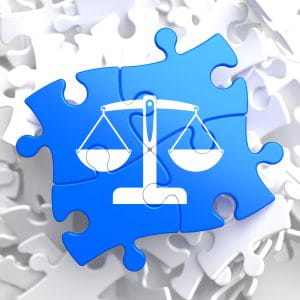 The ECJ has recently been looking into the first of these situations in a German case (Kratzer v R+V Allgemeine Versicherung AG). R&V advertised for a trainee position for various graduates and Kratzer applied, indicating that he was more than qualified against the criteria. He was rejected. Kratzer complained to R&V demanding compensation of EUR 14,000 for age discrimination. In response, R&V explained that the rejection had been automatically generated and this had not been their intention, so they invited him in for an interview with the head of HR. This was not good enough for Kratzer, who declined the offer, and added that he would discuss his future with R&V once he had his compensation. When this wasn’t forthcoming, he issued a claim, adding sex discrimination (and a demand for additional compensation of EUR 3,500) to his original allegations of age discrimination, as he had discovered that out of 60 applications, split equally between men and women, all four posts were awarded to women.

The claim was unsuccessful at first instance, and on appeal it was referred to the ECJ to ask whether the Equal Treatment Directives (from which our Equality Act and Germany’s discrimination laws derive) protect a person who applies for a job not in order to gain employment but merely to obtain the status of applicant with the aim of bringing claims for compensation. The Court also asked whether it is an abuse of EU law if the purpose is to claim compensation rather than to get a job.

The story does not end well for Kratzer. Even the employee-friendly ECJ took the view that an individual with the sole purpose of seeking compensation was not a victim or someone who sustained loss or damage, and this type of situation was not covered by the Directives. Nor can EU law be used for abusive or fraudulent ends. Whether this particular scenario amounted to abuse would have to be determined by the national courts.

How can employers protect themselves against vexatious litigants?

The Kratzer case is good news for employers in discrimination cases, and can be put to very good use when dealing with a vexatious claimant, along with various applications for orders including costs, restriction of proceedings, and civil restraint orders.

But what can an employer do earlier in the process? Unfortunately vexatious claimants don’t present themselves with a name tag – there is no way of knowing whether the job applicant is genuine or not, so all recruitment decisions need to be made and documented with one eye as to how it would play out in an employment tribunal. The only thing that is relevant is a person’s qualifications, skills and experience to carry out the duties of the role.

Unfortunately, unconscious bias is notorious for influencing recruitment decisions – this is the process by which the brain makes instantaneous decisions based on background, cultural environment and personal experiences. Everybody has unconscious bias so it is important to recognise this and take steps to ensure that the automatic “gut feeling” responses play no part. By pausing and consciously making decisions based only on the requirements for the post, bias is less likely to seep in.