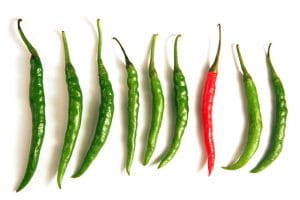 We all know what is sometimes said about successful women in business. They are too aggressive, too ballsy, not enough gravitas, too much gravitas, too old, too frumpy, too tough, too soft, too cold, not hot enough, oddball, no life. These hackneyed stereotypes would be laughable if they didn’t manage to permeate the very concept of what success looks like.

Like Sarah Henchoz, I too think 2018 will be another year of the woman.  Only this time, the “unruly woman” will rule the roost or at least the corporate agenda. The unruly woman is a term coined by Helen Petersen from her recent book, “Too fat, too slutty, too old”, which was the inspiration for this blog post. It refers to a category of women who challenge the status quo and step outside of what constitutes acceptable feminine behaviour, defined of course by you know who! Each chapter takes a different female celebrity and unravels the rhetoric around why they are too strong (Serena Williams), too fat (Melissa McCarthy), too shrill (Hillary Clinton) and too queer (Caitlyn Jenner) to name a few. It is a celebration of a few women who have dared to challenge stereotypical representations, and create their own narrative of their journey to the top.

I love this book, not because it’s about women but because it showcases difference. The Williams sisters, for example, had their work cut out for them when they dared to challenge the privileged world of international tennis. They were black, from the wrong side of LA and home-schooled.  Even though a female tennis player won’t rock any boats, a black woman with swagger who serves like a man, and has masculine muscles and tantrums, most definitely will.  Serena punched through the glass ceiling, shattering representations of gender, class, race, background, fashion, tradition and, more recently, motherhood, dominating women’s tennis for more than two decades. What that says about difference and diversity speaks volumes.

So I am thinking that in 2018, like the latter part of 2017, workplaces might encounter a few more unruly women.  I am guessing that they won’t be too silent. They may start to call out sexual harassment or other power games or forms of inequality.  They might even want to do it their way.

If you happen to encounter one of these women in recruitment, promotion, management, networking, mentoring, or just as a work colleague, thank your lucky stars. If you are one of these women, then you don’t need advice from me.