Whether it’s the Uber or Lyft driver who gives us a ride home from the office, the bicycle messenger delivering our meal ordered online from Seamless, or the movers we’ve hired on TaskRabbit, anyone living in a major urban center has likely interacted with “gig workers.” These independent, short-term contractors often receive low pay and no benefits for their freelance services, “disrupting” established industries that previously utilized better-paid employees with benefits. 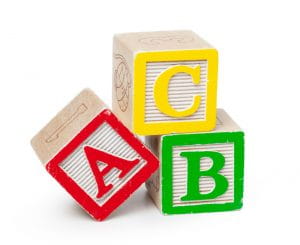 As the home of major tech companies like Uber and Lyft, California is in many ways the epicenter of the gig-worker movement, and it has taken a step towards greater scrutiny of gig work by passing Assembly Bill 5, a new piece of legislation intended to redefine the relationship between employers and contractors. When the new law goes into effect on January 1, 2020, it could potentially result in the reclassification of many formerly independent contractors as employees, resulting in new costs and responsibilities for employers.

In fact, AB 5 is merely formalizing a new rule created by the California Supreme Court in 2018. In its decision that year in Dynamex, the court created a new standard, termed the “ABC test” for determining whether a worker is considered to be an employee or a contractor under California law. The ABC test sets a higher bar for employers who seek to demonstrate that an employee is a contractor, requiring that employers show that the worker is truly free from the control and direction of the employer and working outside the usual course of the employer’s business, not forming an integral part of the employer’s operation.

This shift may have significant ramifications for employers who rely on significant numbers of contractors to fulfill a core part of their business – however, the law is not without exceptions. Certain types of contractors who provide professional services and satisfy a number of criteria listed in the legislation will still be considered under California’s old standard, termed the “Borello test,” for determining if a worker is an independent contractor.

As companies contemplate this bill becoming law in the new year, there are a few steps that California employers can take to prepare. First, employers can consult the extensive list of exceptions under AB 5 and determine if employees currently fit within any of them, or if they can be reclassified to fit within an exception and thus remain under the old standard for contractor classification. Secondly, for employers who use contractors that do not fit within an exception, it will be important to take a hard look at their contractor policies and see if an argument can be made that contractors are truly not an integral part of operations but instead work outside of the employer’s usual business, free from the control and direction of the employer. Already, major contractor-based businesses such as Uber have indicated that they intend to fight to continue the use of contractors under the new law, arguing that even under the ABC test their workers qualify as contractors.

Even as companies prepare for the implementation of AB 5 in California, it’s important to keep an eye on the horizon and remember that AB 5 may be just the beginning of a broader shift in attitude towards contractors and gig work in the United States. For example, former Vice President Joe Biden, a candidate for the Democratic presidential nomination in the 2020 election, has already put forth a platform calling for legislation similar to AB 5 to be passed at a federal level.