The Supreme Court has ruled in two cases on the issue of whether new legislation has retrospective effect on pension rights.

One case covers same-sex couples. The other case looks at part-timers. The Court ruled that the restriction in UK legislation allowing a surviving civil partner’s pension rights to be based on the member’s pension earned after 5 December 2005 only was unlawful and should be disapplied. Schemes that currently take advantage of that legislative restriction will need to reconsider their benefit design.

On part-timers however the Court was unsure and has referred to the European Court of Justice (CJEU) the question of whether the UK part-timers regulations apply to pension rights earned before the EU Directive had to be transposed into UK law (7 April 2000).

When civil partnerships were introduced in 2005 the legislation allowed pension schemes to restrict the surviving civil partner’s pension on the member’s death to the rights earned by the member after 5 December 2005. The same restriction was allowed for same-sex marriages when they were introduced (now paragraph 18 of Schedule 9 to the Equality Act 2010).

Many schemes apply the restriction. It has been challenged in the long-running case of Walker v Innospec. The Supreme Court has now ruled that the restriction is contrary to EU law and must be disapplied.

The basis of the decision is a CJEU ruling that if a status equivalent to marriage is available under national law (civil partnerships and same-sex marriage in the UK) then it is contrary to EU law to treat a same-sex partner with that status less favourably than an opposite-sex spouse (the 2000 Directive prohibiting discrimination in employment on sexual orientation grounds).

In supporting the 2005 restriction the government claimed a general principle that changes in law do not apply retrospectively. The Supreme Court did not accept that there was such a principle under CJEU case law.

As a result, the Supreme Court held that the entitlement to a survivor’s pension was not fixed by anything in the past (i.e. before 5 December 2005). The question of who – if anyone – would receive the spouse’s pension was determined when the pension become due: it had nothing to do with the time at which the benefit was earned by the member.

The Court also based its decision on the principle adopted by the CJEU that, in deciding whether retrospectively applied, it was relevant whether there would be “unacceptable economic or social consequences”. The Court found there would be none caused by allowing full rights for same-sex couples. The funding of the scheme would have been planned on a possible change in a member’s marital status. This contrasts with the Barber case which restricted pension equality between men and women to pension earned after the date of the judgment to avoid serious, unplanned financial consequences for schemes.

Schemes should now review their practice and, if they apply the 5 December 2005 restriction, they will now need to change their rules. That could have funding implications as well as needing communication with members. 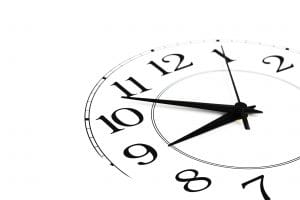 Since 2000 UK legislation has prevented part-timers from being treated less favourably than full-time workers. It followed an EU Directive which required the legislation to be transposed into national law by 7 April 2000.

In the case of O’Brien v Ministry of Justice it had already been established that Mr O’Brien, a part-time judge, was entitled to a pension equivalent to a comparable full-time judge. The Supreme Court then had to decide on the amount of the pension – whether it should be based on all of his service or only service since 7 April 2000.

The issues where similar to those in the Walker case set out above. The government argued that the principle in the Barber and later Ten Oever cases applied: pension was a form of deferred pay for past work; the pension was fixed at the time of the work and is not determined at retirement when the pension comes into payment.

The majority of the Supreme Court was not convinced and believed that there was a good argument that the relevant date was not when the pension was earned but when it came into payment: this was arguably the date when the discrimination occurred. It would be the future effect of a past situation and so on this view service before 7 April 2000 should be taken into account. However, the Court was uncertain and so has referred the issue to the CJEU.