Yes. The High Court sentenced a former employee (who was in breach of a court order for injunctive relief obtained in relation to confidential information) to six weeks in prison. This case serves as a stark warning to employees of the ultimate sanction for misuse of confidential information. For employers, it is another tool in the ever-expanding box to assist with protecting proprietary information.

Mr Dadi was employed by OCS until it lost a large contract to a competitor, Omni Serv, at which point he transferred to Omni Serv under TUPE. OCS alleged that Mr Dadi had breached his employment contract by sending confidential documents and information to his personal email account, using them unlawfully and disclosing them to third parties, and that he had conspired with a colleague, Mr Ahitan (also at Omni Serv), to breach his own duties to OCS. OCS issued proceedings against Mr Dadi and two other individuals (who subsequently dropped out of proceedings) seeking, amongst other things, an interim injunction. 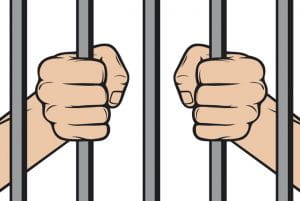 The interim injunction was granted. The order prohibited Mr Dadi from disclosing confidential information belonging to OCS to third parties and required him to provide information about the disclosures which he had already made. It also imposed obligations on him to preserve evidence and not to disclose the existence of the order, or that proceedings were being commenced, to anyone else. Mr Dadi was served personally with the order, which had on the front a penal notice warning him that he could be imprisoned or fined, or have his assets seized, if he disobeyed it.

Mr Dadi wasted no time in calling Mr Ahitan to tell him about the order, and also deleted emails from his phone that day. The next day, he carried out a mass deletion of emails from his personal email account and informed members of his family and friends about the order. After seeking legal advice, he admitted at a subsequent hearing that he had committed four breaches of the order. OCS applied to commit Mr Dadi to prison for contempt of court.

In mitigation Mr Dadi said that he wasn’t experienced in legal matters and that he had panicked on receiving the court order. He didn’t read it carefully and did not seek legal advice straightaway. Only with the benefit of legal advice did he realise the seriousness of the situation that he was in. From then on he sought to assist OCS and to comply with the order. He threw himself on the mercy of the court, pleading to be spared a custodial sentence, which would have had catastrophic consequences for him and his family.

Disobey court orders at your peril

For contempt of court, courts can impose an immediate custodial sentence of up to two years where there has been serious and wilful disobedience of a court order. Or the court may impose an unlimited fine or order sequestration of assets. A custodial sentence is intended to punish for breach of any order, but also to serve as a shot across the bows, with a view to securing compliance with the injunction, that any future breach could be punished similarly.

The court took into account Mr Dadi’s deliberate and repeated breaches of the order. Mr Dadi’s claim that he had panicked was undermined by the fact that he not only deleted emails immediately upon receipt of the order, but that he deleted the majority of emails the next day. The court considered that he had immediately informed Mr Ahitan about the order, the very person at whom it must have been directed. His breaches caused significant prejudice to OCS as it was not possible to retrieve the deleted emails and they were put to significant cost as a result of his actions.

Despite the deliberate and repeated nature of Mr Dadi’s breaches, the court gave him considerable credit for his early admission of the breaches and his cooperation with OCS in their attempts to retrieve the deleted material. The court considered the short time period over which the breaches occurred and the fact that all breaches took place prior to him getting legal advice. His previous good character and concerns about the impact of a custodial sentence also carried some weight. Taking all of this into account, the court sentenced him to six weeks’ imprisonment.

Employers have a number of useful options in the event that an employee runs off with confidential information or discloses it to third parties: