Please can I have a pay rise?

What are the chances of me asking my boss for a pay rise? Low. That’s because I am a woman, and women are less likely to ask for pay rises, with 27% saying that they have never asked for one. Compare this with men who often relish the discussion, with a fifth having these conversations two or more times a year. The reason behind the reticence of women is a feeling of awkwardness about having what is perceived to be a difficult conversation. 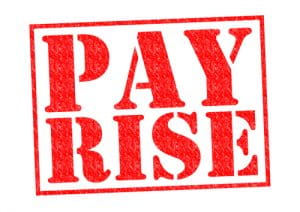 These statistics by the Good Money Week Campaign are not surprising. Employers will know that men negotiate harder and more effectively not only about money but also promotions. It may have worked to the advantage of men in the past, but in an age where culture is everything, the pay of men and women doing the same job should be the same. And whilst equal pay legislation refers to men and women doing like work, the gender pay and bonus gap statistics have provided a window for employees and job candidates to view a company’s pay policies, the reasons behind the gaps, and what the company is doing to rectify any issues.

For an employer, it is important that historic anomalies of this kind are addressed. There are many ways of doing this, but the most effective is to conduct an equal pay audit across all or part of the business. Once done, individual pay discrepancies should be rectified: the company’s pay structure and systems should be reviewed, and a clearly defined governance for pay decisions should be developed. This will put employers on the front foot when pay decisions are challenged.