“Oh beware my Lord, of banter …it is the green-eyed monster which doth mock the doughnut it feeds on.”

In the news this month was the story of a senior member of staff who emailed his team regarding some doughnuts that he had brought into the office, stating: “I hope people like Krispy Kremes – I 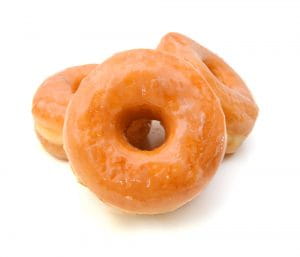 know [female colleague] enjoys a glazed ring.” BANTER! The female colleague responded with the team on copy, noting that she found the email “extremely rude and offensive” and intended to forward the email to HR. NOT BANTER! This exchange was then photographed on another employee’s mobile phone, before going viral. The tricky part of this saga is that the female colleague, allegedly, was herself joking with her response. BANTER?

Regardless of whether it was mock indignation or genuine, the story provides a fine example of how matters that are routinely brushed off as “bants” can have a very damaging impact on an individual’s career and an employer’s reputation. As anyone working in HR or employment law knows, the “it was just banter” excuse (also known as the “Richard Keys Defence”) is used far too often, and offers little by way of exculpation. While the world would be a far duller place if the workplace was sanitised of jokes and good-natured humour, employees must be shown that there is an extremely fine line between what is acceptable and what can cause serious offence. It is for the leaders and senior members of staff – the culture carriers of the office – to demonstrate through their own conduct where that line is drawn. So, while this blog’s somewhat clunky headline does no justice to Iago’s infamous warning to Othello, it might serve as a good reminder that sometimes what is meant as comedy can result in tragedy.