It’s about fairness not feminism

Harnessing the talents of women in financial services

Fairness not feminism was the key theme of Jayne-Anne Gadhia’s, CEO of Virgin Money, launch of the Empowering Productivity Report today at the Bank of England, which we were fortunate enough to be invited to attend Having been tasked by the Government to look at the issue of the under-representation of women in financial services, Jayne-Anne and her team conducted a number of interviews and roundtables, the result of which formed the basis of today’s report. As one might expect with a woman on top, the proposals are bold but fair. Make no mistake though: the Gadhia Review is not about girl power at the expense of men. As Ms Gadhia herself says, “This Review is about fairness for men and women”.

The beauty of having a senior woman from within the industry lead the Review is that she knows what’s what. She knows the unique culture of financial services, and she also knows what’s doable and what’s not. And she knows the value and the currency of the bonus.

The Review concluded that there is no magic bullet. And one size does not fit all – all organisations are different and have differing priorities, requirements and views. Full stop. No way. Instead of using that as a reason for inaction, the Review addressed those concerns and came up with a plan that just might work.

At the heart of the Review are three overarching recommendations: 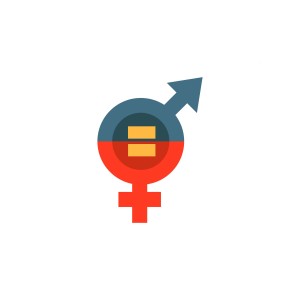 rked for women on boards of FTSE 100 companies under the Davies Review, so why not apply similar principles to financial services? The Review recommends that firms set their own targets and then publicly report against them. The gender diversity statistics should be published across the organisation along with a statement on the firm’s diversity policy (Board and corporate group). But someone has to own this initiative too. It is suggested that the name and role of the executive accountable for diversity is reported together with a summary of the impact of diversity performance on his or her variable pay. Who thinks this role might be given to a woman?

An in-year progress update, and the following year’s aims and targets will also need to be published with the other gender metrics

Building upon the individual accountability in the Senior Manager Regime, the Review wants to assign and pin down executive accountability for gender diversity. Ordinarily you could see this role being given to someone in HR. But the Review believes that there is a strong case for this responsibility to sit with someone in a profit-and-loss line – to ensure that the risk of diversity becoming a silo issue is reduced, and that under-representation in those types of roles is addressed. And for those of you who thought the role might be given to a women, think again: it is recommended that a man, not a woman, is the accountable executive.

Everyone knows that it is not an easy thing to change the culture of an organisation. But it is possible. The Gadhia Review believes that the most effective way to change culture is to encourage senior executives to take an active and continuous role in promoting diversity by doing the unthinkable – linking progress to variable pay. How this would be done, and to whom it would apply, would be up to the individual firm. Given that the approach and results are reportable, more rather than less might be the order of the day.

The future is bright

This is about positive action. It is about educating, it is about shining a spotlight on unconscious bias and giving people the tools to address such biases. And more. Here’s looking forward to a future where woman and men have real parity.