A wider right to be accompanied?

An employee facing misconduct allegations or disciplinary action may feel strongly about having their chosen companion at an investigatory or disciplinary hearing. Is it a breach of the implied term of mutual trust and confidence to deny them their choice of companion? Yes, according to the High Court, reminding employers of the need to accommodate “wider” requests in some cases to ensure procedural fairness.

In Stevens v University of Birmingham, a professor held dual employment contracts with a University and an NHS Foundation Trust. Following a regulatory investigation into clinical trials which he supervised, he was suspended and called to an investigatory meeting. The University’s disciplinary procedure entitled him to be accompanied by a trade union representative or a University employee, but he claimed not to know anyone suitable, and chose instead to be accompanied by a representative of the medical defence organisation (MPS) of which he was a member. The University refused this request on grounds that it was a departure from the agreed procedure and that it would “open the floodgates” to similar employee requests. 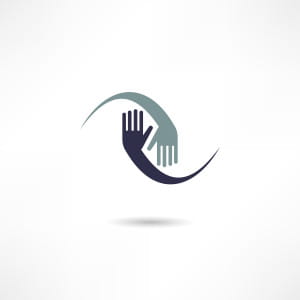 In the Court’s view, the professor had no contractual right to be accompanied by his MPS representative but the University’s refusal to allow this “seriously damaged” the implied duty of mutual trust and confidence. Key points in reaching this conclusion were the serious ramifications which the outcome of the investigation could have for his career, so that it would be “patently unfair” for him to attend the meeting alone, and that the MPS representative was an appropriate companion given his technical knowledge. Also, his choice of companion would have been permitted under the Trust’s procedure, had the Trust (rather than the University) initiated the investigation.

Most disciplinary procedures limit an employee’s companion to either a colleague or trade union representative in line with the ACAS Code of Practice on Discipline and Grievance. But as the Code guidance acknowledges, employers may want to consider other companions in some cases. This ruling confirms that employee requests for other companions should be considered carefully, and probably allowed where the disciplinary outcome could be dismissal (particularly where there may also be serious ramifications to the employee’s career, for instance losing “fit and proper” status in the regulatory sector) – even if this extends their contractual and statutory rights to be accompanied. An employee whose choice is refused could otherwise seek a declaration to enforce it, or seek to rely on it as breach of the implied term of mutual trust and confidence in a constructive dismissal claim.