Implying an obligation to indemnify: the Jersey law perspective

In First Names v IFG, the English High Court determined that, under Jersey law, a company’s implied obligation to indemnify an employee will arise where it is considered necessary to ensure the employee's employment contract is not futile, inefficacious or absurd.

First Names was incorporated in Jersey and provided corporate and trust-management services. As part of a business relationship with a client, Ignition, First Names provided Ignition with individuals to serve as directors of Ignition, a common practice in the industry. Ignition subsequently went into liquidation and the liquidator claimed those directors had acted in breach of their duties. First Names believed it was obliged to indemnify its employees in respect of that action. 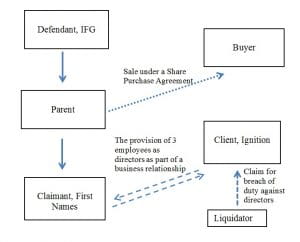