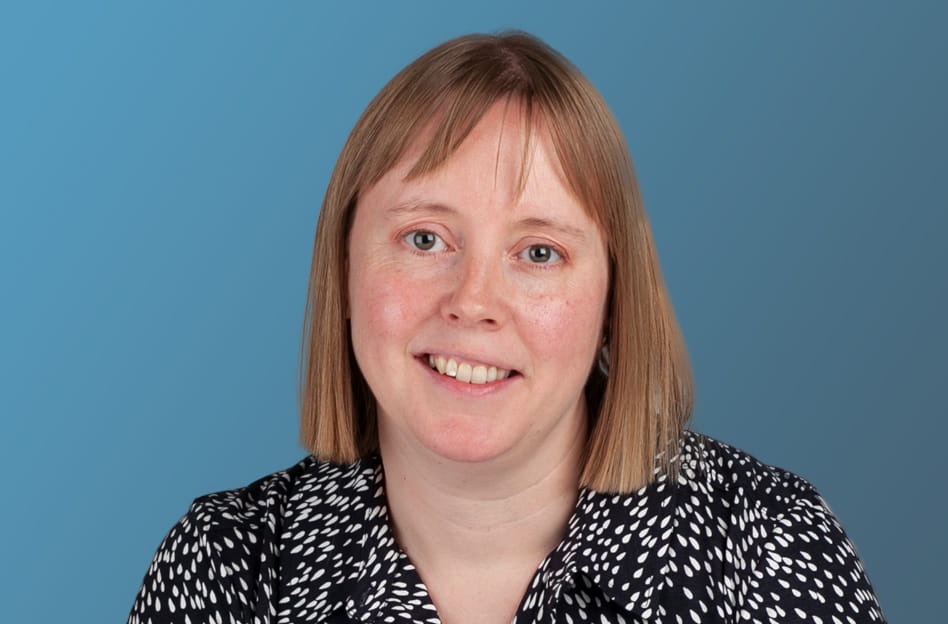 In the lobby of our London Headquarters this October was a piece of artwork by former A&O trainee Suleyman Wellings-Longmore.

The painting, entitled ‘Colourless Years of Wanderings’, was part of a collection that explores black identity and the challenge of being simultaneously invisible and conspicuous to the world around you, inspired by discussions Suleyman had with friends and family during the summer of 2020.

Suleyman is currently a Frank Knox Fellow at Harvard University studying for an LL.M. in human rights law. While at A&O, he was mentored by partner Will Samengo-Turner and they remain friends. Here we ask Suleyman and Will about art, mentoring and why Black History Month is still important.

Suleyman, tell us about your career path to date

I studied Philosophy at Leeds University and first came to A&O in the Winter Vacation Scheme of 2014. I started my training contract in March 2017 and my second seat was in Corporate, with Will as my trainer.

I did a secondment to Paris in my final seat and fell in love with the city. I wanted to qualify into Arbitration and was offered a position to help build up A&O’s practice in Dubai, but decided to stay in Paris and continue learning the language and (less successfully) the cooking, so accepted a position with Linklaters.

I chose to retrain in human rights law because, coming from the community in North-West London that I grew up in, I always felt it was important to give something back and help people if you have the means to. The law is such a great enabler of change and, while I did a lot of pro bono work at A&O, I realised that what I really wanted was to work full-time in this area. Getting into Harvard was a dream come true and I hope will enable me to retrain as a human rights barrister back in London.

How did your mentoring relationship influence you both?

Will: Being a mentor has been an important part of my own development – mentoring sometimes implies a one-way relationship, but actually you often guide and influence each other. When we shared an office, we were both going through quite intense processes – Suleyman focusing on qualification and me going through the partnership process – so we inevitably shared our experiences and ended up supporting each other a lot.

Suleyman: When you’re a trainee, your focus is obviously on developing your legal career so your supervisor is there primarily to learn from. But when you’re also trusted to give advice to someone senior it gives you such encouragement and builds confidence.

Having Will’s support also gave me a sense of representation. We aren’t the same race – there were others in the firm who I was able to relate to in that sense – but it was important for me to have different people to look up to.

I was travelling around Nicaragua with a friend in 2017 and we started to do some painting, mostly to create a memento of the holiday. We visited a museum in León that had no artwork up at the time, so we jokingly asked if we could put our canvasses up. The museum seemed impressed and offered us an exhibition – the mayor even came to it. I didn't really know what I was doing, but our style of ‘Abstract Expressionism’ helped us explain most things as amateurs!

It was living in Paris, seeing quite segregated ethnic communities in contrast to the white professional environment I was in, that made me start to explore the idea that the colour black can suggest both presence and absence, it can be the outline of something or a shadow. This follows in the context of race, too, where to be black is to be both invisible and conspicuous at the same time.

After the death of George Floyd and the anti-racism demonstrations around the world, my friends and family were talking about what comes next - how do we get through this time and who are we when we do? I had some inspiring conversations that restored my faith at times, but also some difficult moments when harsh truths were exposed.
In the context of what’s happened over the past 18 months, how do you reflect on the role of Black History Month?

Will: I’m not proud to say that growing up in the UK in the 80s and 90s Black History Month was not something about which I was very aware – it seemed relatively peripheral. My husband is black and I have an amazing extended family through him, so the celebration and study of black history has a deep personal importance for me too.

So many thousands of black stories are not told enough (or at all) and each of us will have different aspects of this history on which we reflect. One personal example for me relates to intersectionality with LGBTQ+ issues and the countless black queer activists such as Marsha P Johnson (a particular inspiration for me) whose struggle to turn the tide of prejudice and hate helped win so many of the freedoms I enjoy today.

But the experiences my black friends and family face aren’t confined to one month – they’re things that are lived daily. The conversations we’re able to have during this month inform what we need to do throughout the rest of the year – that’s what’s powerful about it.

Suleyman: Black History Month was always fun in my house – I come from a large family and my dad was involved in local politics so there were always events going on. But I feel the relevance has shifted after what happened in 2020, to think not only about history but the contemporary experience.

I’m also pleased that there are calls to revitalise the curriculum in schools. Growing up, October was really the only month you learned about black people. So while it’s still one month, as Will says, it does feel like part of a wider movement to increase awareness.

What does the business world need to do to create more change?

Will: Representation is absolutely crucial, and change in that respect relies on two things. First, a culture where everyone feels encouraged to bring themselves fully to work in a way that is celebrated and doesn’t make people feel they have to conform to workplace norms.

Second, we have to be rigorous and set ourselves standards and metrics against which to measure progress. We’ve been implementing that since reviewing our recruitment and retention in 2019, and we’ve set clear priorities and targets. Race and ethnicity is a complex issue – there are so many different experiences and prejudices to understand and overcome – so we have to roll up our sleeves, track our progress and, if we don’t get the results we want, figure out why.

Suleyman: Yes, accountability is really what moves the dial. I think it inspires belief in people coming into a space, who maybe don't feel comfortable wearing an afro or who aren’t sure if being their authentic self is really what’s called for. Knowing there’s accountability for what an organisation is saying gives people confidence that there are actions and consequences behind the words.

Find out more about Suleyman’s art at www.Suleymanwl.com/art; and on Instagram: @Suley.art